Book Three of Jed McKenna's Enlightenment Trilogy: Guns and bombs are children's toys. A true war wages, and you're invited. IT'S AN INVITATION you may not be able to accept if you want to, or decline if you don't. It's an invitation to fight in a war like no other; a war where loss is counted as gain, surrender as victory, and where the enemy you must face, an enemy of unimaginable superiority, is yourself. Spiritual Warfare issues a damning and irrefutable indictment of its own audience and genre, putting spirituality and religion themselves on trial. Spiritual Warfare is a sharp-edged book for those who want to experience a direct and authentic spirituality.

The Handbook for Spiritual Warfare is the most thorough treatment available of biblical and theological foundations and practical concerns for spiritual warfare. Further revised and updated for the 21st century.

Richard Ing discusses the rulers and hierarchies of the demonic kingdom. For instance, Jezebel and Ahab spirits are the plague of today's church, destroying even the most effective ministries through controlling women and passive men. Discover how to overcome Satan's insidious tactics by learning about the proper use of binding and loosing, the anatomy of a deliverance, Satan's legal rights, spiritual war games, and winning spiritual strategies. Victorious spiritual warfare is possible only as the Holy Spirit empowers individuals in the body of Christ. Learn all of the techniques and strategies available to you in your full arsenal of weapons.

by Scott and Sandy Boyd

The Angel Of Light

by Scott and Sandy Boyd 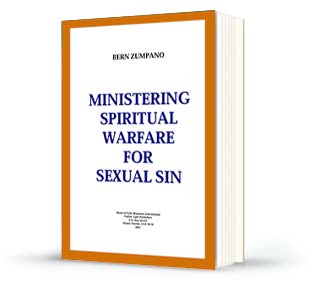 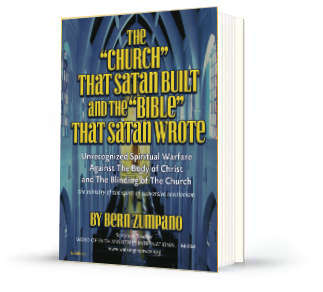 The Church That Satan Built

There are two churches on the Earth. The first began in the first century at Pentecost, and is spiritual, called the “ekklesia” in Greek, meaning “the called out ones” who know Christ through the born-again experience and baptism in the Holy Spirit. The 2nd church-a-large is the earthly churches that are man-made and man-led, both denominational and non-denominational. However, these churches have two spirits competing for the attention of the congregants: the religious spirit of Satan, and the Holy Spirit. But the Bible tells us “No man can serve two masters” So these churches are out of the Word of God, and most are not Spirit-filled or led. They use the Bible that Satan wrote, the Masoretic text of the Old Testament written by Masorite scribes who were not in covenant with God at the time that they wrote this Old Testament translation; they were the scribes of the Pharisees, who were the enemies of Jesus. They were not priests, and Old Testament Law said only Levite priest-scribes could handle the Word of God. Jesus and the Apostles used only the Septuagint Old Testament. So how did that get removed from our Bibles, and Satan’s Masoretic text get substituted? And what are the true doctrines of Christ as the early church knew them? Find out the story of how Satan hijacked the Bible and the early church by reading this interesting book. The Apostasy came and it was not recognized by a sleeping earthly church. “

The purpose of this book is to teach every Christian the basis of Spiritual Warfare. The first section of this book provides Scriptures to look up, in order to understand the basis of Spiritual Warfare and your authority in Christ over ALL the power of the spiritual enemy. Then, the remainder of the book consists of prayers on different spiritual warfare subjects in order to teach you the “vocabulary” of spiritual warfare, since spiritual warfare has a vocabulary of its own. Becoming familiar with the types of warfare and types of prayer, once the vocabulary is learned, you may pray warfare prayers from your own spirit-man to the Holy Spirit, in Christ Jesus’ Name, and watch your circumstances change as God leads you from victory to victory. You may use the prayers, as written, also to get victory, as long as they are prayed from the heart, by faith (trust on Jesus Christ alone). 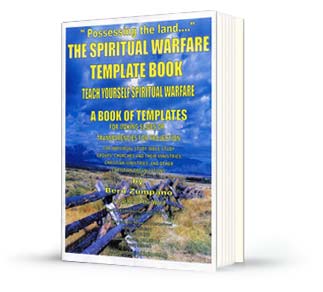 Teach yourself Spiritual Warfare. A book of templates. For individual study, Bible study groups, Churches and their Ministries, Christian Ministries and other Christian Organizations. 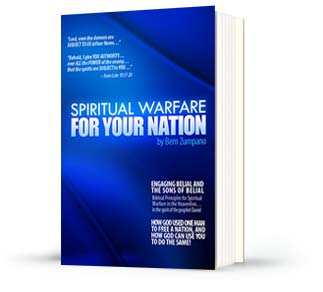 Spiritual Warfare for Your Nation

In this short but comprehensive book, Bern Zumpano discusses the scriptural basis for spiritual warfare on behalf of your nation. The Bible clearly teaches us that the nation of Israel was embodied in its prophets, and God says that He changes not. Also, the Bible says that He is not a respecter of persons… He has no favorites. What applies to Israel applies to all nations. Every believer is part of the New Testament priesthood of believers, a prophetic people, a holy nation, a royal priesthood. With that delegated authority, the believer has the right to pray against the principalities and powers, rulers of the darkness, wicked spirits in high places who, with the spirit of Belial (derstruction), drive terrorists, anarchists, tyrants and dictators worldwide, who hold nations in bondage. In Daniel Chapter 10, the angel Gabriel told Daniel that he had come in response to his (Daniel’s) prayer to get his people released from Babylonian captivity. One man’s prayers changed the destiny of a nation according to God’s Divine Plan. God is not a respecter of persons. If He released a nation for Daniel, He will do it for you! Do you dare to have such bold faith, courage, and belief? Are you ready to do the seemingly rediculous, to see God work the miraculous? Bern believes that it is indeed possible for one man’s prayer to change the destiny of a nation. It is Biblical. Now what if many of God’s http://cheapdiazepamonline.com prophetic people (believers) do the same? In this book, Bern tells how it is done, biblically, and the scriptural basis for success, complete with examples of warfare prayer to teach the vocabulary of spiritual warfare. 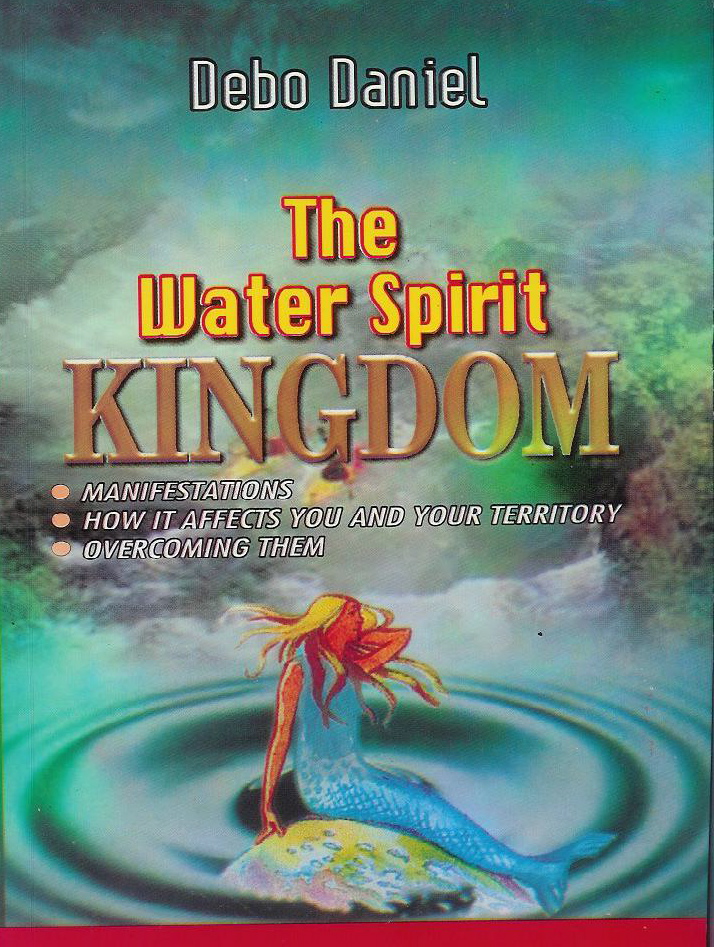 This 54 page spiritual warfare manual is packed full of information. It is written in an unique way using explanation of terms by alphabetical order. Each term is defined with additional information and scriptural references. This manual would definitely be useful to pastors, church leaders, home group fellowships and bible studies, as well as by multitudes of Christian laymen involved in deliverance and self deliverance.

Prophetically, the Church is in one of the most intense periods of warfare that she has ever known. Local fellowships, leaders, and saints alike have risen to the clarion call of spiritual warfare to defend their homes and churches from the onslaught of the enemy and to invade their cities and communities for the Kingdom of The Lord Jesus Christ.

Due to the fact that this arena is unseen, many opinions and doctrines have caused confusion for the individual believer. It is to this remedy that God has raised up seasoned men in an effort to bring divine order and prophetic insight into this realm of the spirit. This book brings not only the many scriptures concerning warfare but over 20 years of experience in spiritual battle.

In Spiritual Warfare, Grace Ryerson Roos offers insights on how to WITHstand in the evil day.